All academic research should be ethical, guidance comes from the research councils and, generally, from individual departments and faculty ethics boards. Unfortunately the responsibly produce ethical research is on the individual researcher, not with boards and faculty. When I took my first year viva, in it contained some analysis to counter some questions on data and what is possible, knowing it would be a consideration.

In it I produced a time series analysis of the 2010 Egyptian elections with the data from U-Shaid an Ushahidi instance. This hadn’t gone to an ethics board, it had only been seen by my supervision team to allay fears on whether data could be found and analysed (The question on how useful the data is for my research is still being answered). On the day the viva went well with a few discussion points on the data and what it means for future analysis – At this juncture, I’d like to point out that this isn’t a mea culpa of saying I do unethical research!

Because I have decided to use an ‘ethnographically informed’ methodology/action research a lot of the research is based upon my experiences and personal narrative. This then is supported by interviews with experts or people working within the domain. This part of the research isn’t controversial, the ethics around interviews and ethnography are well structured, with clear pathways, dos and don’ts. Fixing these ethics seemingly is based around not doing harm and ensuring informed consent; this being where the subject is being made fully aware of the aims and goals of the experiment before participating. This isn’t cast in stone, especially when trust/deception are part of the experiment, but considerations need to be made. Effectively don’t do the Milgram Experiment, or kill anyone.

At first glance it doesn’t appear that any of that has anything to do with my research. As I’m revolving around community mapping, public participatory GIS (PPGIS), volunteered geographic information (VGI) the ethics are a lot more obfuscated. Something as simple as data collection and its nature can be questioned. Primarily I will use Open Street Map as my VGI source, following Muki Haklay’s work on comparing VGI with an authoritative one, to potentially answer a question around data quality in slum mapping. Informed consent here for mapping parties or the mapping process shouldn’t be too difficult, but what about the pre-existing data?

It’s not realistic to get consent from every person that has contributed to the map. When OSM started blank spots were common, not just in developing nations but in developed nations also. Due to satellite imagery and organisations like HOT (Humanitarian Open street map Team), mappers have also been tracing satellite imagery when a physical survey was impractical. As we want to analyse this information how do we gain consent? Should a clause be put into OSM’s licence (this is bad idea)? Is there a differentiation between mappers which trace and those that physically survey, are all maps created equal?

There is scant research out there, namely “Research Ethics for Studying Open Source Projects” and “Internet Research: Privacy, Ethics and Alienation – An Open Source Approach”. Specifically relating to geospatial data and OSM there is none. The only mention relating to OSM is SK53′s post on research relating to OSM being behind a paywall, which is a fair point but still doesn’t answer whether we should be using data without consent. I sense a PhD chapter forming.

On Thursday 17th there was the November WordPress London meetup in the Headshift | Dachis Group offices. I recorded the 3 presentations and have uploaded them to YouTube:

Chris gave a roundup of the latest changes and releases in the WordPress community. [Updated video with typo in title fixed.]

David gave an introduction to setting up WordPress for good SEO practice.

A technical talk by Keith on how to create a new custom post types.

You can find an English version of this article here: http://neis-one.org/2011/11/new-osmde/

The German OpenStreetMap project webpage has been online for three years now. During these years several small updates have been made to the page. But it is about time to create a complete new webpage with a “state of the art” layout and style. Jonas created the first drafts of a possible new design of the site a while ago. Unfortunately he hasn’t had enough time to finish his work, but luckily Fabian and Pascal came up with a new webpage. Both of them considered Jonas first draft during the development and expanded it with their own ideas.

The new site is based on HTML, CSS and Twitter-bootstrap. Most of the content has been taken from the old webpage with minor improvements. In their opinion the biggest change lies within the way the users are welcomed to the page with information such as: “What is OpenStreetMap?“, “How can I help?” or “How can I use the data?“. The following image shows the important changes made to the welcome-page:

The map has moved to a different web location, but on the welcome-page you will find a large icon that is linked to the map. Similar to the old map, all German local groups are displayed as an overlay. Furthermore, they integrated the OSM Nominatim address search and two buttons in the header of the page, so users can notify the community about bugs or edit the map.

A big shout out to all the people who gave us their feedback (Jonas, Jochen, Frederik, Marc, Matthias & the WN-Team). Special thanks to Fabian who implemented most of the new site.

You can find the new webpage starting from today at the old URL: http://openstreetmap.de
We hope that you like it! What do you think? 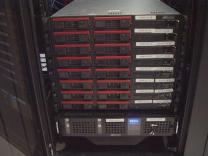 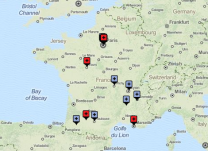